Stefan in his element

The heat of the open flame hits him in the face, water shoots at him from the side, Stefan Fiedler is in his element. Stefan is part of Mohn Media’s fire brigade, but he’s also skilled at putting out fires in his “real” job as Deputy Team Leader in Sales. “Sometimes we put out fires with figures and process optimisation just as well as we do with water or foam,” he says, pointing to the process control quality plan on his flipchart. “It’s always about optimising and doing things more quickly without overburdening people and materials.”

He’s the person who sets the pace, and he knows what he wants. He has always been like this, ever since he started an apprenticeship with Mohn Media as a media designer with a focus on consulting and planning. After successfully completing the apprenticeship, he wanted to climb the ladder quickly, so he started a job and embarked on a parallel course of study at the Bertelsmann Corporate Center, the company’s in-house training facility. “It was a great opportunity for him and for Mohn Media. When we’re allocating grants we don’t just look for students with good marks. The whole package – social skills, motivation and commitment – is important to us,” says Friederike Tiemann, HR manager at Mohn Media, describing the selection process. Stefan fit the profile. Since then, his grant has required him to put in a lot of effort and work almost ten hours per day, six days a week for three years. Luckily, he has plenty of stamina: an accomplished athlete, he spends his free time swimming and can cover 50 metres freestyle in 26 seconds. That is almost professional level. The race against time is something he’s familiar with in his job, as well as in the company fire service.

Sometimes we put out fires with figures and process optimisation just as well as we do with water or foam. 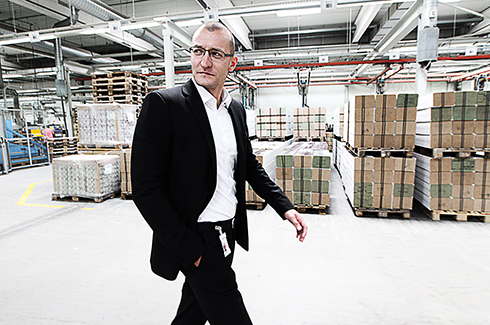 After he had completed half of his course, Stefan Fiedler, the man who sets the pace, became Deputy Team Leader – at the age of 25. And, just like when he’s swimming, he likes to make the most of the time he has at work. When Mohn Media was awarded the contract for the magazine ‘Der Spiegel’, he helped implement the changeover from gravure to offset printing. Nowadays the magazine – published in Hamburg and read all over the world – is loaded onto the first lorry just 7.5 hours after the print data have been received. It is printed, stitched, cut and packed in record time – just 22 hours – every week. In this way the publisher was able to provide the print data several hours later and react to the very latest developments. “Being in charge of this kind of product and its procedures is something really unique. And it’s a huge responsibility. After all, nobody wants ‘Der Spiegel’ to miss its Saturday publication deadline. Nobody at all,” laughs Stefan.

Being in charge of this kind of product and its procedures is something really unique. And it’s a huge responsibility. After all, nobody wants ‘Der Spiegel’ to miss its Saturday publication deadline. Nobody at all. 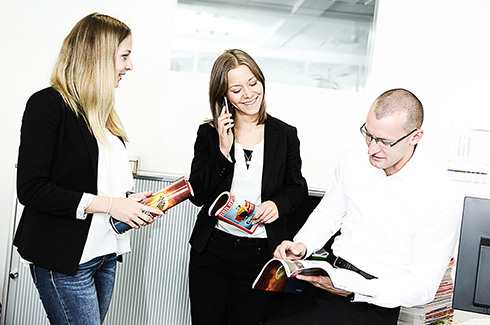 Stefan became Deputy Team Leader at the age of 25. He helps to optimise the production time for the magazine ‘Der Spiegel’.

However, unlike in the pool – where Stefan’s race against time is an individual one – his job and Mohn Media’s entire business would be unthinkable without good teamwork. For that reason he says it’s important that his whole team always knows what is being done and why various decisions have been made. “That creates transparency and motivates people. Good teamwork is a prerequisite of our job if we want to maintain our performance level and improve it,” explains the team leader, who originally hails from Eastern Westphalia and is something of an expert on team spirit. Since he started working in Mohn Media’s in-house fire service, he has realised that trust and comradeship can be a matter of life or death – for him and the 2,000 employees for whom he and his colleagues provide round-the-clock protection.

Good teamwork is a prerequisite of our job if we want to maintain our performance level and improve it. 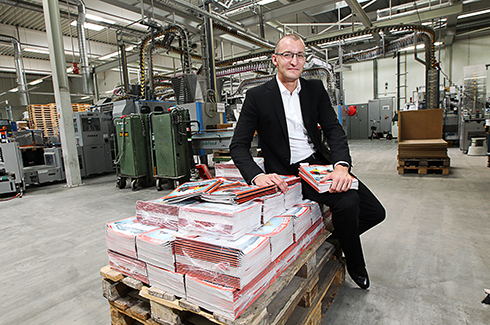 Finished: Once again, ‘Der Spiegel’ has been printed in record time.

Stefan’s next adventure will be to spend eight weeks at UC Berkeley in San Francisco in the USA. In February 2017 he will have a Bachelor of Arts in International Management under his belt. What’s next? “Then I’ll keep putting out fires!” he says, laughing. Stefan, we wish you every success.

Do you have talent, passion and the ability to work as part of a team? Apply now!